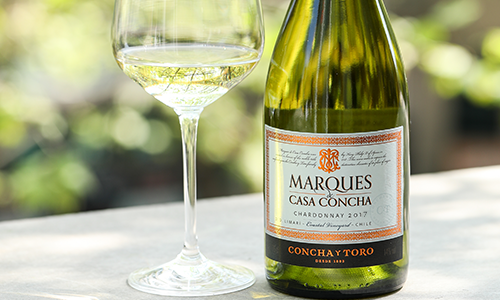 The Chardonnay produced by Marcelo Papa also received 90 points in the prestigious publication.

Marques de Casa Concha Chardonnay 2017 was named among the Top South American Chardonnays under £20, published this March. After tasting 74 Chardonnays from Chile, Argentina, Brazil and Uruguay, the renowned Master of Wine Peter Richards prepared a list of the top 20 wines of this variety produced in South America, with a key focus on the quality-price ratio.
The Master of Wine described the 2017 Marques de Casa Concha Chardonnay as:

“Smoky, rich and generous. Since launching its Maycas operation, Concha y Toro has been sourcing more and more Chardonnay from Limari, and here’s why: the generous flavors are underscored by a fine balancing acidity and gentle earthiness and minerality. Toasty, peachy flavors with a touch of spice.”